In 1969, show skater Tom Collins and “Holiday On Ice” boss Morris Chalfen teamed up to arrange a short U.S. exhibition tour of newly crowned World Champion skaters. They presumed the fifteen performances by relatively unknown skaters would be a one time thing. It turned out to be the start of something very big. A second offer came in 1975 but Chalfen, busy with his ice show empire, bowed out feeling the amateur enterprise had no future. But Collins was watching the escalating ratings for figure skating on television and believed that audiences for live performances would also grow. Smart thinking. The Canadian gold miner’s son had learned his show biz smarts in “Holiday On Ice,” working his way up from chorus skater to star to company vice president and general manager. 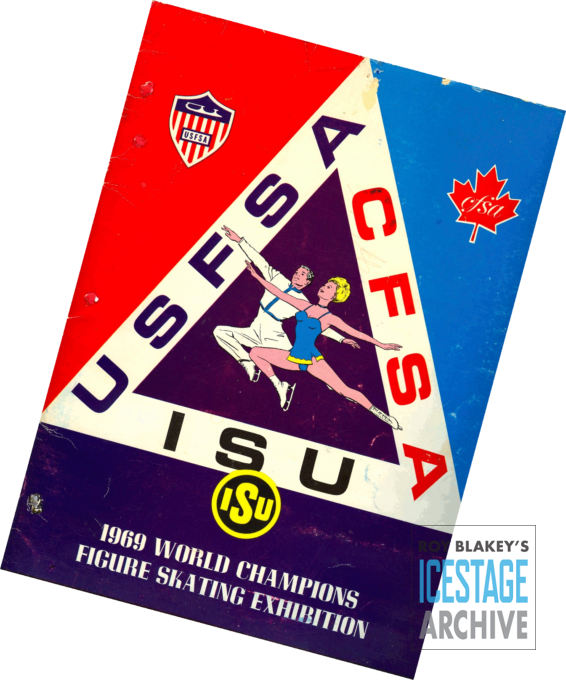 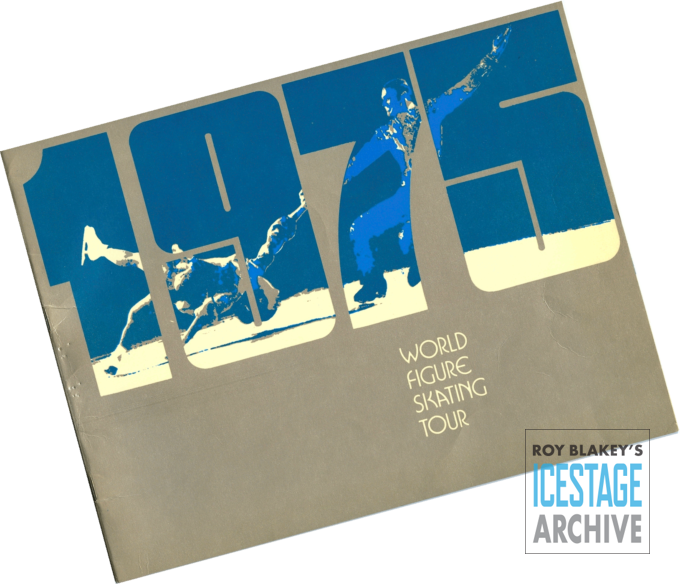 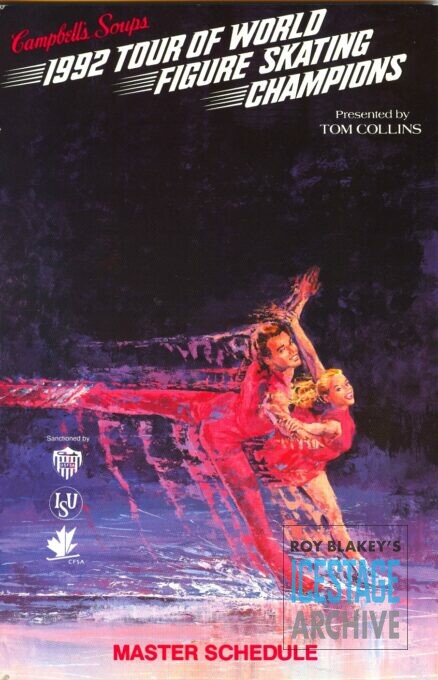 The “Tour of World Figure Skating Champions” was bare bones in the beginning, a logo banner for the bangboard, a tape recorder plugged into the arena sound system, and a cast of young amateurs, sometimes in costumes their mothers had made. New young champions were eager for an invitation to join “Tommy’s tour” as proof that they had made it in the skating world. Subsequent World and Olympic competitions were held in North America and the accompanying media hoopla made the top skaters world famous which sent ticket sales soaring in the 1980s. They absolutely skyrocketed from the 1994 Tonya Harding / Nancy Kerrigan scandal. A 41-city itinerary in 1992 had more than doubled to 93 cities by 2002. 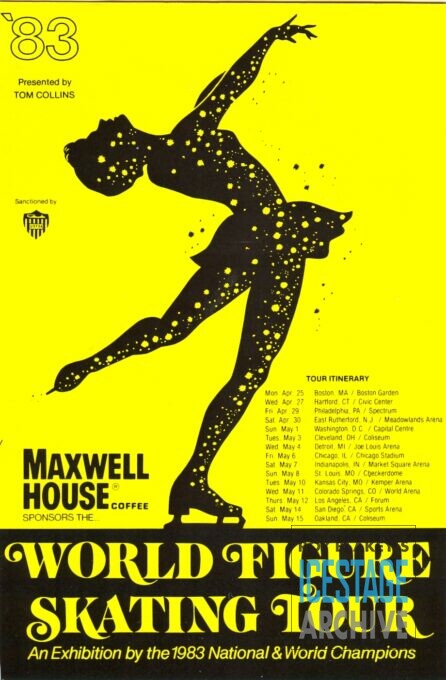 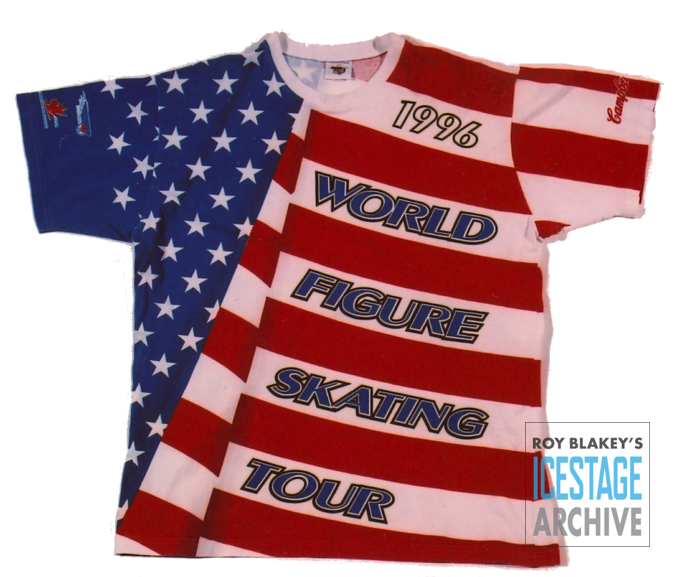 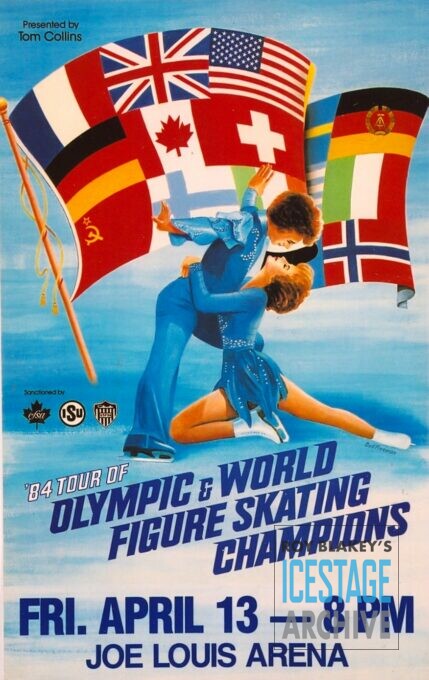 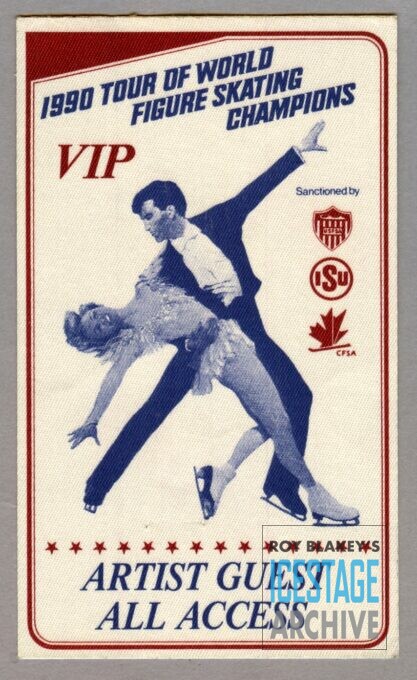 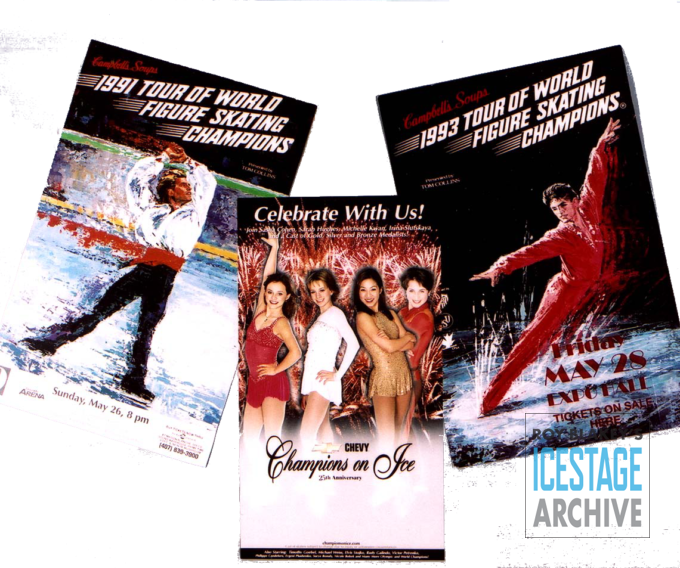 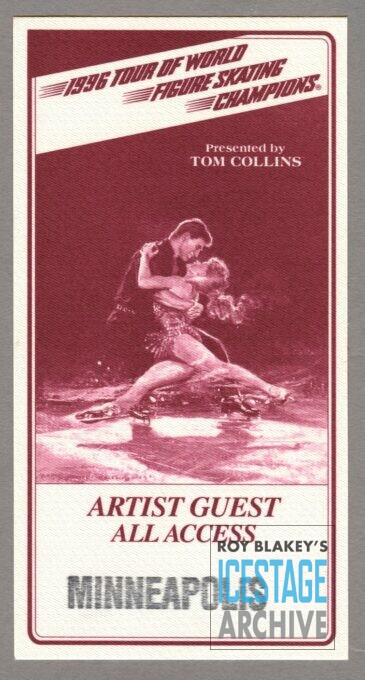 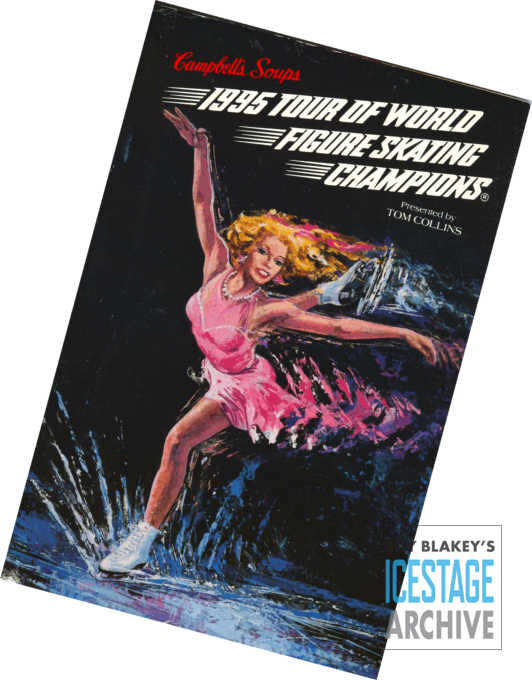 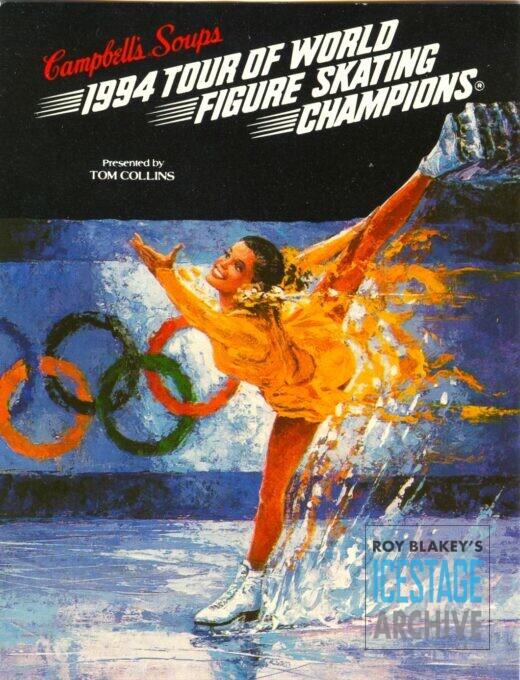 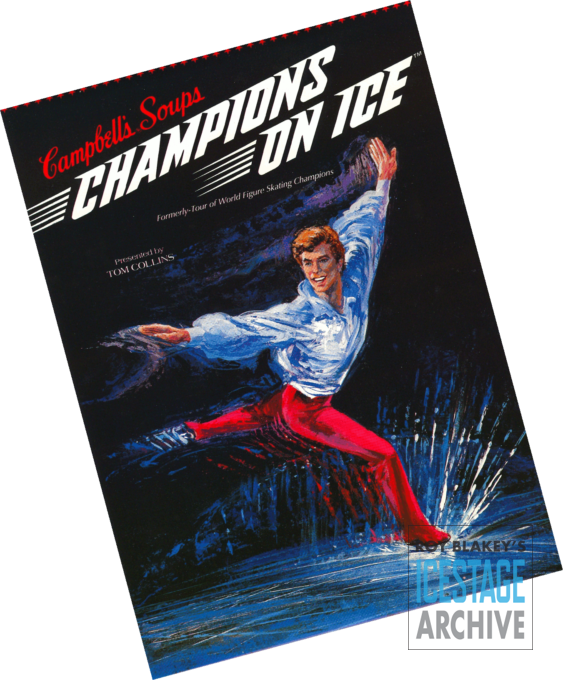 Tom Collins’ brother Harris directed the show’s exhibition performances by top international singles, pairs, and ice dance champions. After Harris’ untimely death in 1996, choreographer Sarah Kawahara and costume designer Pete Menefee were brought on board to create exciting ensemble numbers utilizing the full cast to open and close the show. Fans were thrilled to see their favorite ice idols, so familiar from television, performing live as entertainers free from the restrictions and nerves of competition. Collins began to mix legendary professionals with the up-and-coming new champions so there was great skating history out on the ice. Always the showman, he added skating acrobats, a sexy female hula hoop artist, and comedy numbers by champion skaters which were great crowd pleasers. The schedule of one night stands was grueling for the skaters but their travel, accommodations, meals, and entertainment perks were famously first class. In New York, Collins usually took the cast to see the season’s hot Broadway musical. I loved hearing that on at least one occasion as the skaters took their seats the other awed audience members gave the celebrated skating stars a standing ovation. 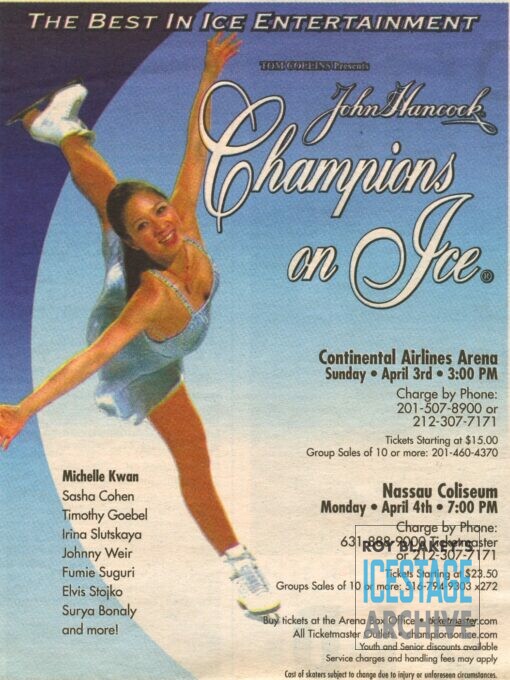 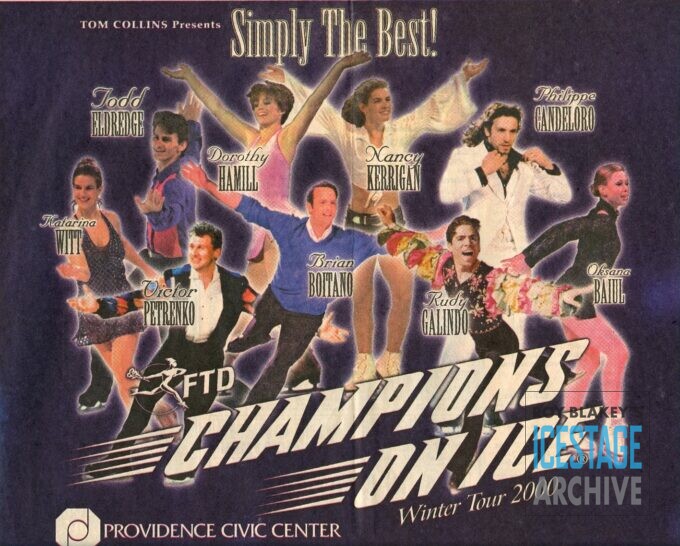 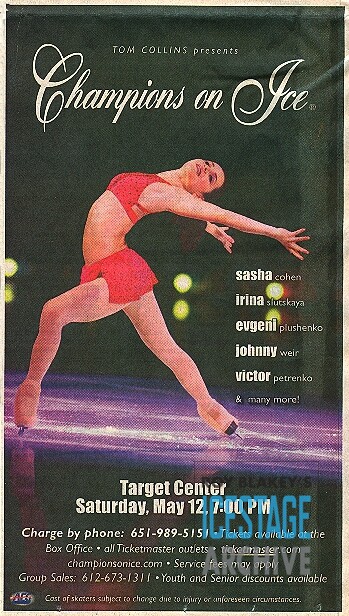 For over twenty five years the tour, renamed “Champions On Ice” in 1998, brought audiences exciting live performances by the greatest skaters in the world. Tom Collins was ultimately inducted into the U.S., Canadian, and Professional Figure Skating Halls of Fame. In 2006 he sold his show to AEG (Anschutz Entertainment Group) but was retained to oversee the tours. Poor attendance, the retirement of many of the great skaters, and a tenacious economic slump sadly brought “Champions On Ice” to an end after 2008. 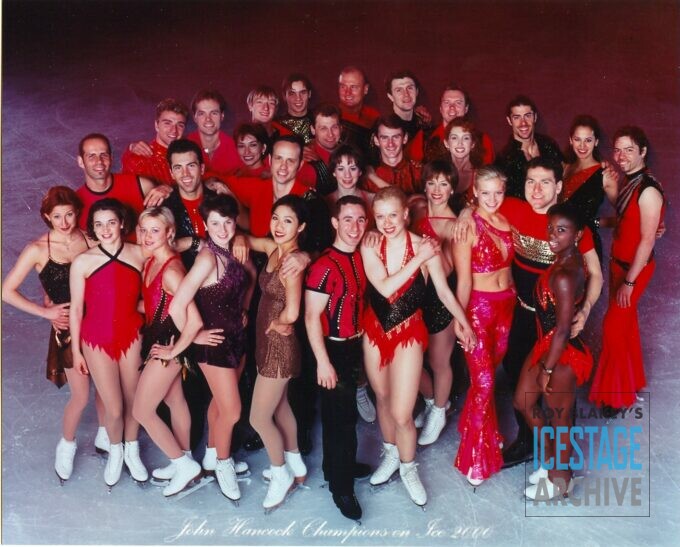 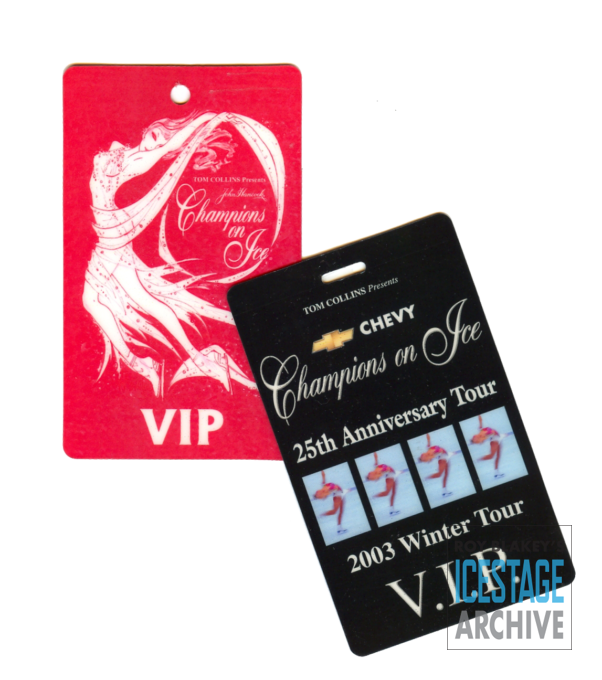 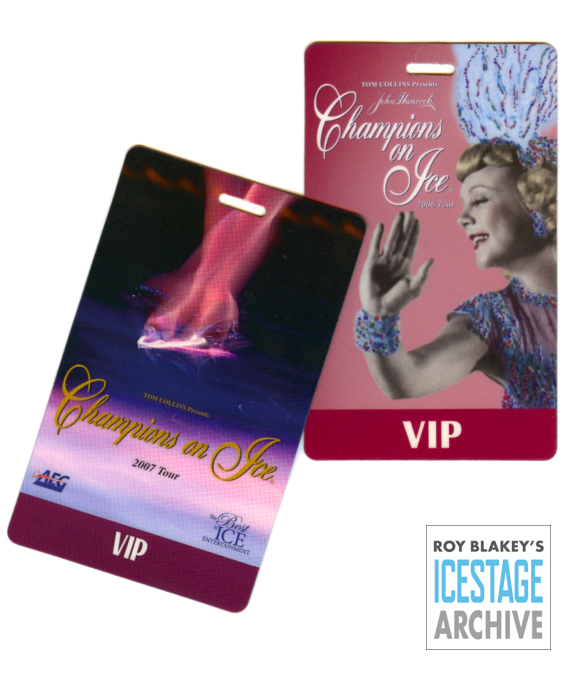