New York theatrical producer Charles Dillingham searched far and wide for a sensational finale for “Hip Hip Hooray,” his big new 1915 show at the 5,200 seat Hippodrome Theatre, the largest in the world. After all, audiences at previous super productions there had already gasped at elephant parades, Wild West extravaganzas, and sea battles with swimming mermaids in an enormous water tank on a hydraulic lift. But he finally found just what he needed at the Admiralspalast Arena in Berlin—Leo Bartuschek’s spectacular ice skating company performing a fantastic ballet titled “Flirting at St. Moritz.”

It truly was the hoped-for sensation on September 30th, the opening night. After two acts of eye-popping tableaux, dancing horses, comedy skits, and musical acts on the boards, the third act opened to reveal a magical expanse of glistening ice, falling snow, and magnificently costumed skaters whose astonishing movements enacted a fabulous musical story. Broadway had never seen anything like it.

The leading skater, a 17-year-old billed simply as Charlotte, shot to stardom overnight. Her name went up in lights, songs were written about her, she made the first ice skating film, and the public fell in love not only with Charlotte but also with skating. The show was a resounding hit and had a record-breaking run of 425 performances in 300 days. 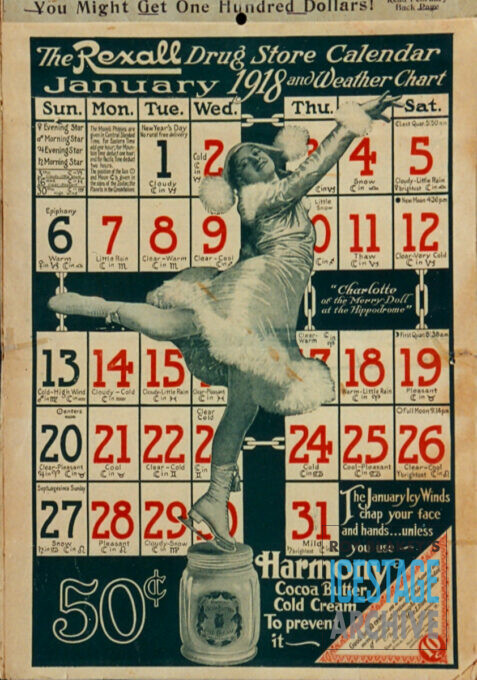 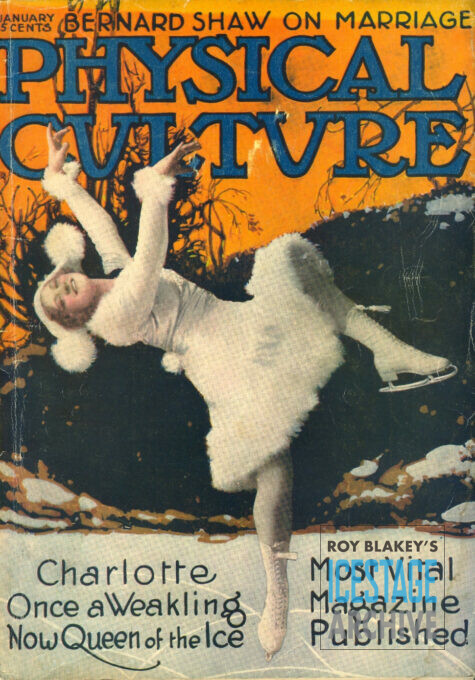 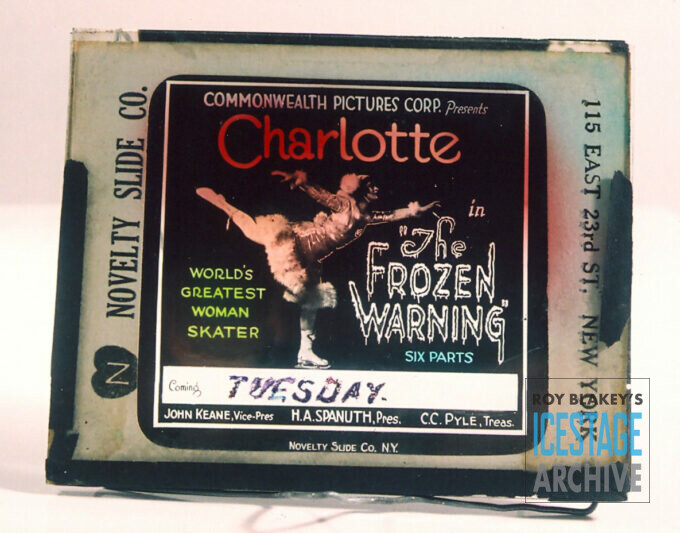 The next Hippodrome extravaganza for 1916/1917, titled “The Big Show,” had a magnificent new skating grand finale “The Merry Doll.” Meanwhile Charlotte and the “Hip Hip Hooray” show toured to U.S. cities that had theatres large enough to house the huge show and “Flirting At St. Moritz” ice ballet. She returned in 1921 for the subsequent Hippodrome show “Get Together” as star and choreographer of “The Red Shoes” ice ballet. After taking her own show to Cuba, Mexico, and Europe, Charlotte triumphantly returned to the Hippodrome for a brief engagement in 1925 with partner Kurt Neuman and a small skating corps de ballet to skate in a vaudeville format show. During that engagement she became the first ice skating artist to perform at Madison Square Garden.

Charlotte was the first female skater to include an Axel jump in her performances, and she and Kurt Neuman invented the Death Spiral. But her signature move was the Charlotte Stop, a backward gliding arabesque with the free leg stretched high up in back and upper body and head way down. Her very long hair would touch the ice as she came to a stop in that position. All these years later variations of the Charlotte Stop are often performed by skaters today.

She returned home for her mother’s funeral in 1939 and became trapped in Berlin by World War II. When peace came Charlotte taught skating in West Berlin and died there in 1984.