Sonja Henie was a phenomenon. The little girl who surprisingly won the Norwegian championship at age nine was a breath of fresh air in the stuffy world of ladies figure skating. She introduced elements of ballet to her sport, as well as short skirts and white skating boots—and proceeded to prove herself to be unbeatable.

Her still unparalleled string of ten World Championships and three Olympic gold medals, a feat impossible for all others, was just the beginning for Ms. Henie. In 1936, descending from her lofty amateur podium, the determined 24-year-old took her worldwide fame to Hollywood and used her silver skates to pry open the golden gates of 20th Century Fox Studios. Her first musical feature film, aptly titled One In A Million, was a sensation. She was delightful on screen with her charming accent, and absolutely radiated joy in her unforgettable skating scenes. Within two years Sonja had starred in three blockbuster films and came in just behind that other dimpled darling Shirley Temple as the year’s top box office winner. That triumph no doubt galled Sonja; her smiling photograph on a later Time magazine cover carried her quote, “Most always I win.” 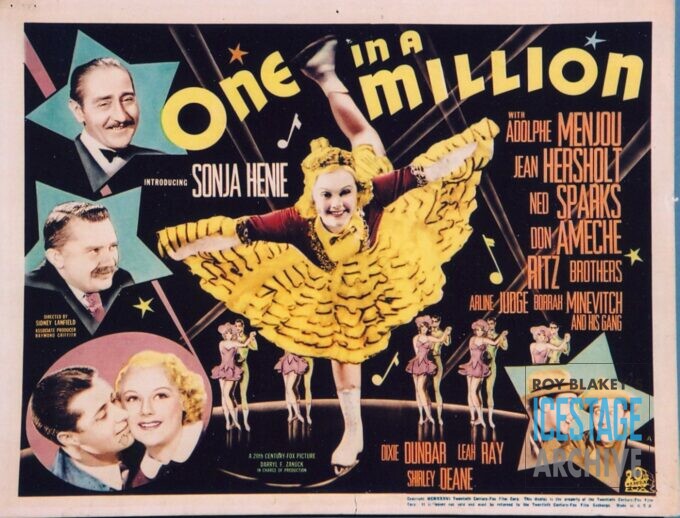 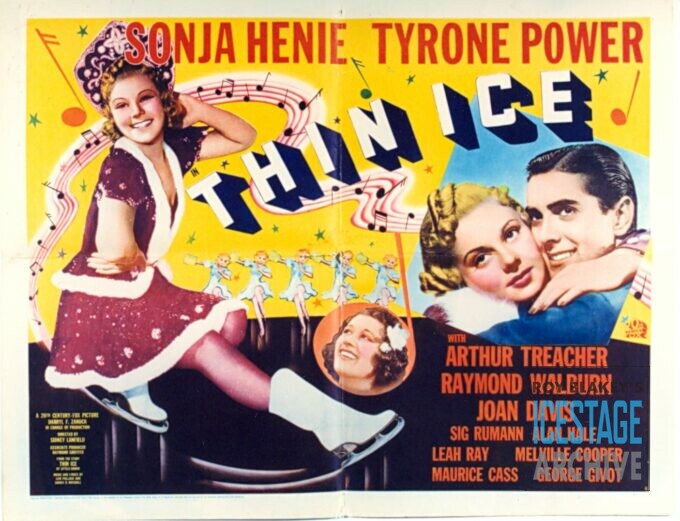 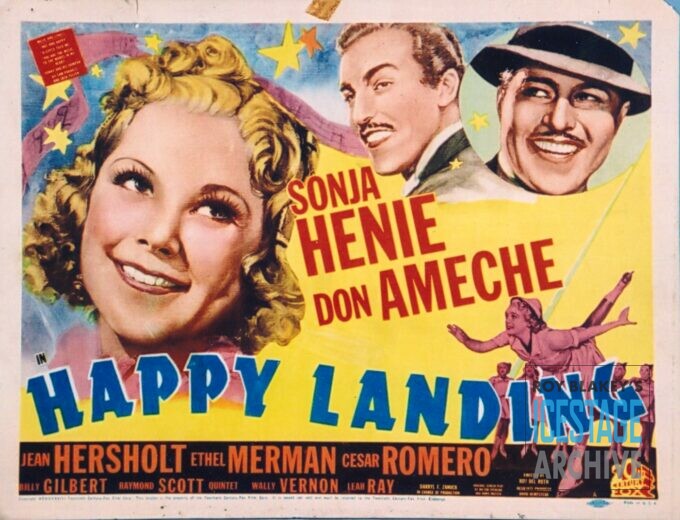 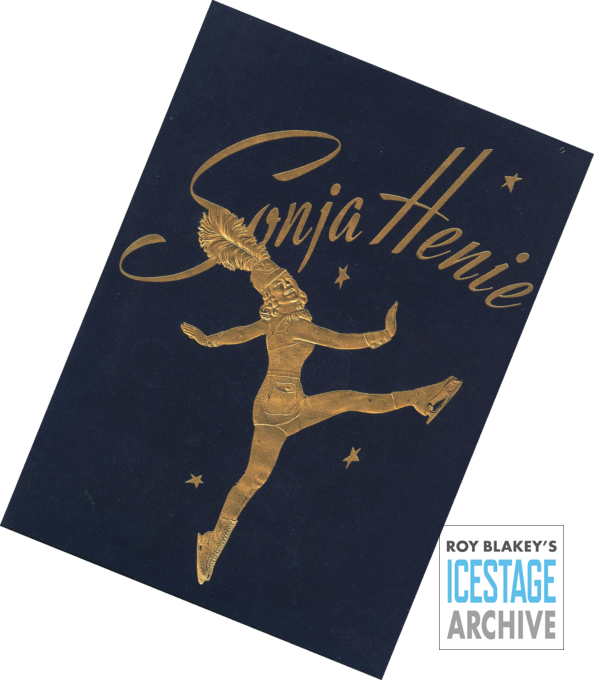 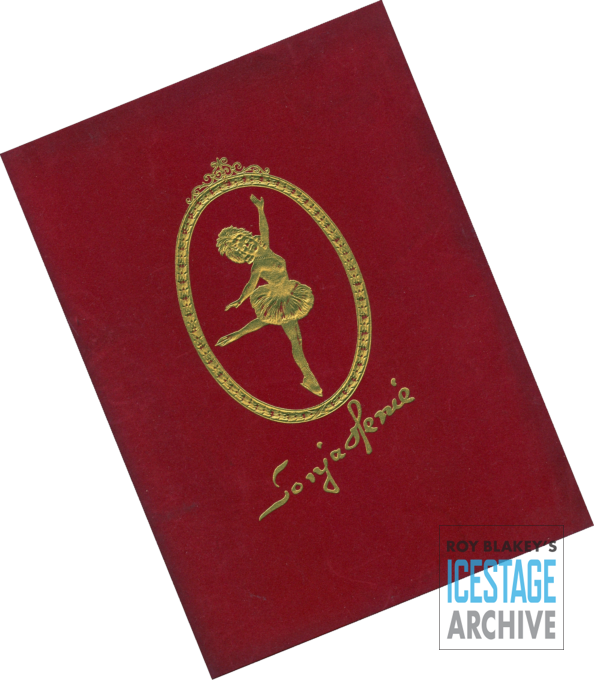 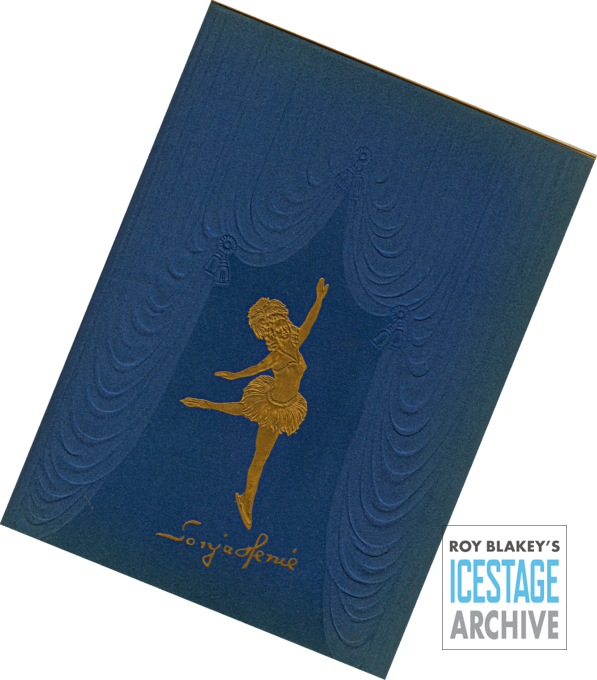 Sonja was as brilliant and clever a businesswoman as she was a thrilling performer—reportedly as hard at the bargaining table as the ice on which she skated. Throughout the 1940s she and Wirtz met with further success co-producing a series of lavish ice revues on the stage of the Center Theatre at New York’s Rockefeller Center. Henie didn’t appear in them but oversaw the creation of a series of five spectacular productions there during the ten-year run She signed endorsment deals for everything from skates to cars to wallpaper, and every young girl begged for a Henie doll, coloring book, and paper doll set. 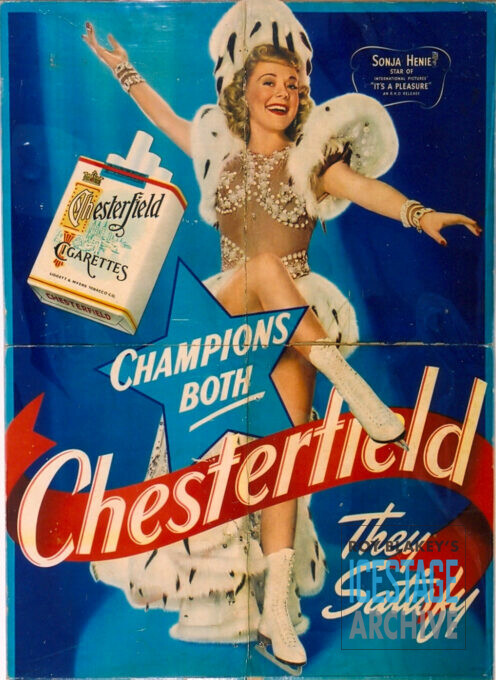 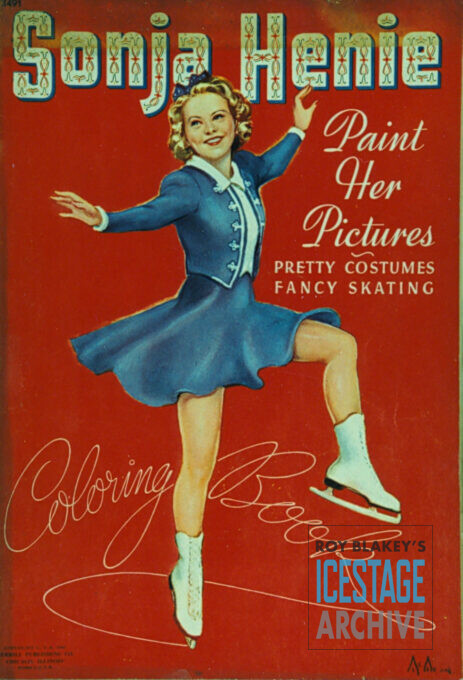 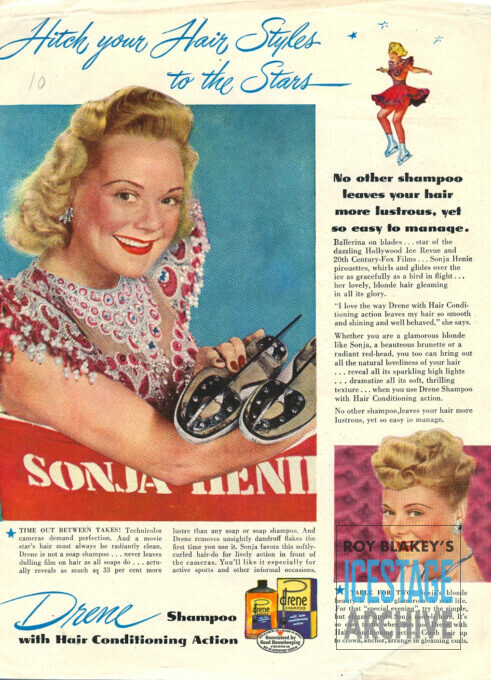 Breaking with Wirtz in 1951 she created the “Sonja Henie Ice Revue” but found her dual role as star and producer difficult, finally teaming with the “Holiday On Ice” organization for U.S. and international tours until retiring in 1960. 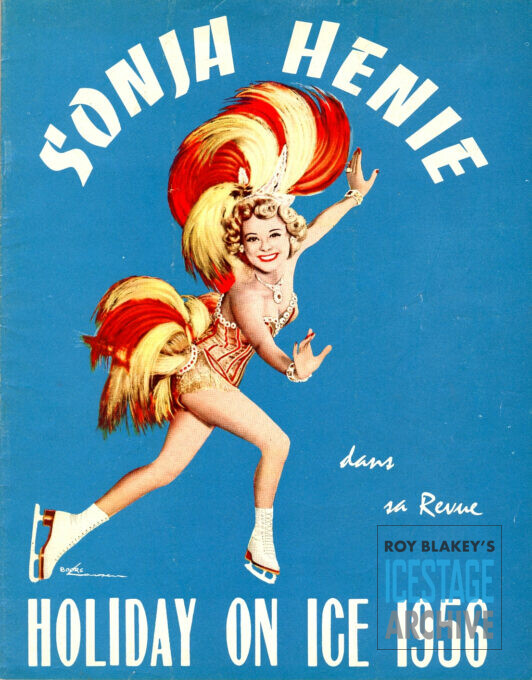 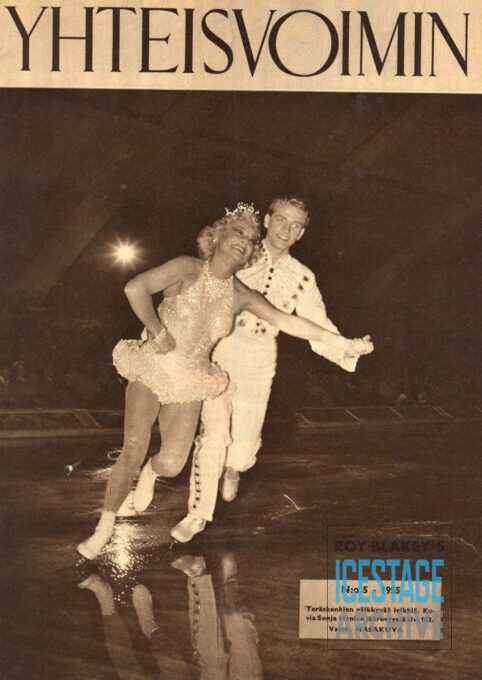 Sonja Henie died of leukemia in 1969. Her legacy continues in her films and the Henie-Onstad Art Center in Oslo, Norway, a gift to their home city of their modern art collection and Henie’s skating memorabilia from Sonja and Niels Onstad, the last of her three husbands. No one in the skating world has equalled the astonishing accomplishments and international superstardom of the legendary Sonja Henie. 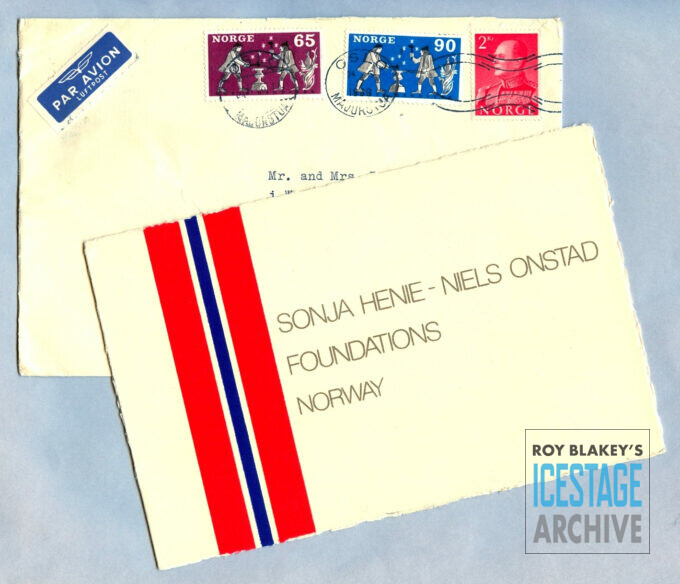 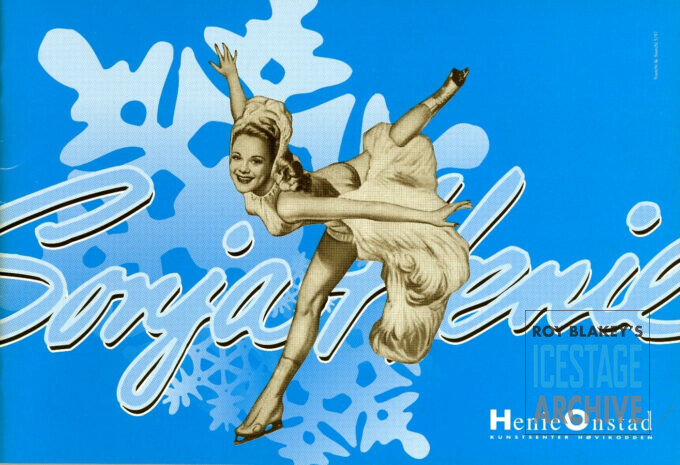